Mozilla Firefox Plugin Allow to Block Facebook from Monitoring You

At CES 2021 in Las Vegas, Acer announced several gaming laptops including the Nitro 5, Predator Helios 300, and Predator Triton 300 SE. The Predator Triton 300 SE and Nitro 5 laptop has been updated with the latest 11th Gen Intel Core H35-series processors, whereas the Predator Helios has stuck with the 10th Gen Intel Core processors, but it has been refreshed with NVIDIA GeForce RTX 30 Series laptops graphics.

The new Acer Nitro 5 can be upgradable up to an AMD Ryzen 9 5900 HX mobile processor which has 8-core CPU cores and 16 threads and up to NVIDIA GeForce, RTX 3080 laptop graphics. The AMD powered Acer Nitro 5 are available in two sizes: 15.6-inch and 17.3-inch display options, and featuring a QHD display with a 165Hz refresh rate or Full HD display with 360Hz refresh rate.

The new Acer Predator Triton 300 SE (PT314-51s) comes with an 11th Gen Intel Core i7 H35-series processors, and NVIDIA GeForce RTX 3060 laptop graphics. The Predator Triton 300 SE has the latest 5th Gen AeroBlade Fan and Acer’s Vortex Flow technology which helps keep the temperature in check under heavy gaming periods. It has a 14-inch Full HD display that can run at a 144Hz refresh rate, and surrounded by three thin bezels. The battery life of the Predator Triton 300 SE will be long lasting up to 10 hours.

Also, the new Acer Predator Helios 300 (PH315-53) are refreshed with the latest NVIDIA GeForce RTX 3080 laptop graphics and configurable up to 32GB of DDR4 RAM. It has a 240Hz IPS display with a 3ms response time, also it has DTS:X Ultra audio and 3D simulated surround sound for an immersive audio experience. The Predator Helios has two fans, one is Acer’s custom-made engineered AeroBlade 3D Fans, also Acer’s CoolBoost technology enables the fans to adjust in order to keep critical areas continuously cooled. 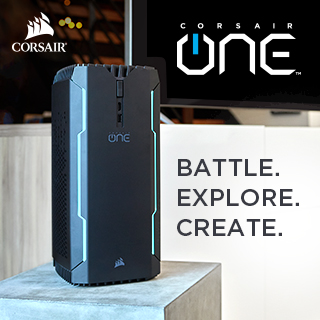 Black Friday: Up to $700 off on Gigabyte AERO Laptop

Posted by By Shubham 2 weeks Ago

Posted by By Shubham 1 month Ago

OMG Deal: Get ₹46,000 Off On ASUS ROG Zephyrus G14, Plus Discounts On Digital Services

Posted by By Shubham 1 month Ago

Posted by By Shubham 2 months Ago

Posted by By Shubham 2 months Ago

Posted by By Shubham 7 months Ago
Load More