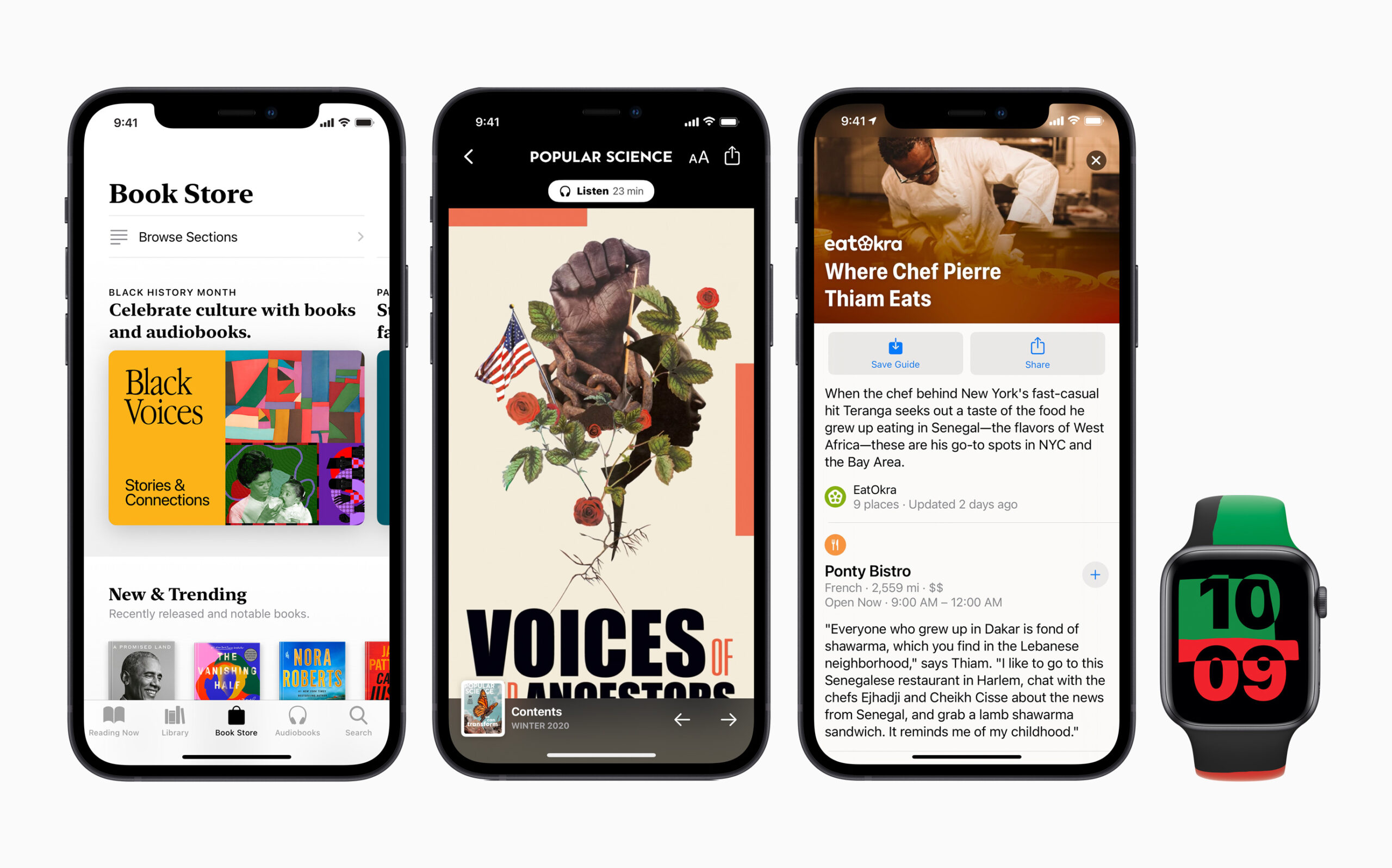 During the celebration of Black History Month at Apple, it brings customers some new variety and updated collections and exclusive content that highlight and amplify Black Creators, Artists, Developers, and businesses.

Users can visit the App Store Black History Month Portal during February, which will highlight Black-owned firms, entrepreneurs, apps for entertainment and gaming, and apps for social justice. The App Store will also feature stories with Black developers, with creators from Ustwo Games and Zynga, exploring the value of inclusion in software and games.

Apple Music will launch a month-long experience through Apple Music, Apple Music radio, and Apple Music TV to celebrate the Black artists, moments, and movements that have influenced global music and pop culture, showcasing some of the most outstanding musicians spanning jazz, blues, soul, gospel, R&B, pop, and hip hop.

The multidimensionality of the Black family and its portrayal on-screen will be illustrated in this month’s theme for “Essential Stories” on the Apple TV app. Viewers will delve into the series of “Essential: Stories That Honor Black Families” with curated film and TV show set exploring motherhood, fatherhood, famous TV families, queer-chosen families, and more.

“The Oprah Conversation” episodes “Caste: Part 1” and “Caste: Part 2” from Apple TV+, featuring Pulitzer Prize-winning journalist and author Isabel Wilkerson and her book “Caste: The Origins of Our Discontents,” will be available for free on the Apple TV app. In these episodes, Oprah Winfrey, Wilkerson, and a panel of readers discuss the concept that America is built on a caste system, and readers share stories of how the themes of the critically acclaimed bestseller resonate with their lives and experiences.

The “Oprah’s Book Club” interview with Winfrey and Wilkerson remains free to stream on Apple TV+, and customers can also check out the free “Caste” discussion guide on Apple Books and the Oprah’s Book Club podcast on “Caste.”

Readers of Apple News will explore curated subject groups that will showcase the best journalism in America around ethnicity. Separately, there will be audio stories celebrating the Black experience in a special Apple News+ Spotlight set. By visiting the Social Justice Spotlight, a continuous series of content that includes anti-racism education, mental health services, and ideas to serve their group, readers can dig even deeper.

A massive new Apple Books series will showcase great Black writers’ books and audiobooks across a range of genres, including literary fiction, biography, memoirs, and young readers’ books. With a special feature in which new writers, such as Jordan Ifueko, Robert Jones Jr., and Brandon Taylor, discuss their latest launches and another feature in which celebrated audiobook narrators, including Adjoa Andoh, Guy Lockard, and Bahni Turpin, delve into some of their favorite narrating experiences, Apple Books will also bring a spotlight on both authors and narrators.

Listeners will enjoy a comprehensive selection of shows from influential Black voices on Apple Podcasts, including Michelle Obama, Joe Budden, Phoebe Robinson, and Baratunde Thurston; a series of shows from creators around the world providing insightful interpretations of Black families; and widespread promotion of Virginia Public Media’s “Seizing Freedom”, a show that documents the fight to define f. Hosted by Kidada E, the author, and historian.

“Seizing Freedom”, with first-hand accounts from journals, newspapers, interviews, and letters, reflects the nation’s stakes during the Restoration period as it shows disturbing echoes in the ongoing pursuit of political and social justice.

The Black Unity Series by Apple is planned to celebrate and embrace Black history and Black culture. A limited-edition Apple Watch Series 6, the Black Unity Sport Band, and a Unity watch face are included in the set. As part of this initiative, Apple is funding six global organizations to help further their missions in the promotion and achievement of equality and civil rights in the United States and around the world: the Tides Foundation’s Black Lives Matter Support Fund; the European Network Against Racism; the International Institute on Race, Equality and Human Rights; the Education Fund of the Leadership Conference; NAACP Legal Protection and Ed Ed.

Apple-wide Black artistic group members and allies came together to design an Apple Watch Sport Band and Apple Watch face to honor the ongoing racial justice battle. The Black Unity Sport Band has “Truth,” motivated by the call to action of both the historic and current movements. Electricity. Solidarity. laser-engraved on the fastening pin of stainless steel inside.

The Black Unity Series pays tribute to the Black community’s rich heritage and art of quilting and honors the color of the Pan-African flag: red for the blood that unites the people of the African Diaspora and was shed for their liberation, black for the people whose flag affirms their life, and green for the vivid natural resources of the Motherland of Africa.

The Black Unity Sport Band consists of individual colored fluoroelastomer parts, which are assembled into one by hand and compression-molded. The face of the Unity watch generates an ever-changing pattern that changes dynamically as the Apple Watch travels.

Starting February 1, Apple Watch Series 6 Black Unity and the Black Unity Sport Band will be available, and as part of watchOS 7.3 arriving later today, the Unity watch face will be available. In addition, users of Apple Watch can take part in a new Unity Activity Challenge by closing their Move ring seven days in a row during February and win the limited-edition prize.

Today, Apple is hosting New World, a program of hands-on virtual sessions and step-by-step tutorials in collaboration with the design community It’s Nice That, focused on leveraging the power of imagination to bring about change. Curator and writer Kimberly Drew will moderate sessions led by Black artists during Black History Month, who will explore their artistic processes and where they find inspiration, as well as explain and teach a specific skill or technique.

Typographic sessions include Tré Seals; Joshua Kissi, artistic director, filmmaker, and photographer; and Shan Wallace, visual artist, photographer, and educator. Everyone is invited to join, and they can sign up at apple.co/new-world.

Apple’s most recent Shot on iPhone campaign, “Hometown,” highlights the work commissioned by Apple by more than 30 Black photographers starting in February. Their goal was to catch their own special lens with amazing imagery of their “Hometown.” A large range of American cities and towns, such as Dallas, New York, Los Angeles, and many more, were covered by this project.

The company’s continued commitment to recognizing and celebrating Black voices is complemented by these Black History Month events. Earlier this month, Apple announced a set of major new projects as part of its $100 million Racial Equity and Justice Initiative (REJI).

FTC: Readers like you help support iVLOGYT.com. When you purchase through links on our site, we may receive compensation at no extra cost to you, this will help us to keep our website running. Read our ethics HERE. Note: The pricing and availability are accurate as of the time of publication but are subject to change in the future.

$15.85
Added to wishlistRemoved from wishlist 0 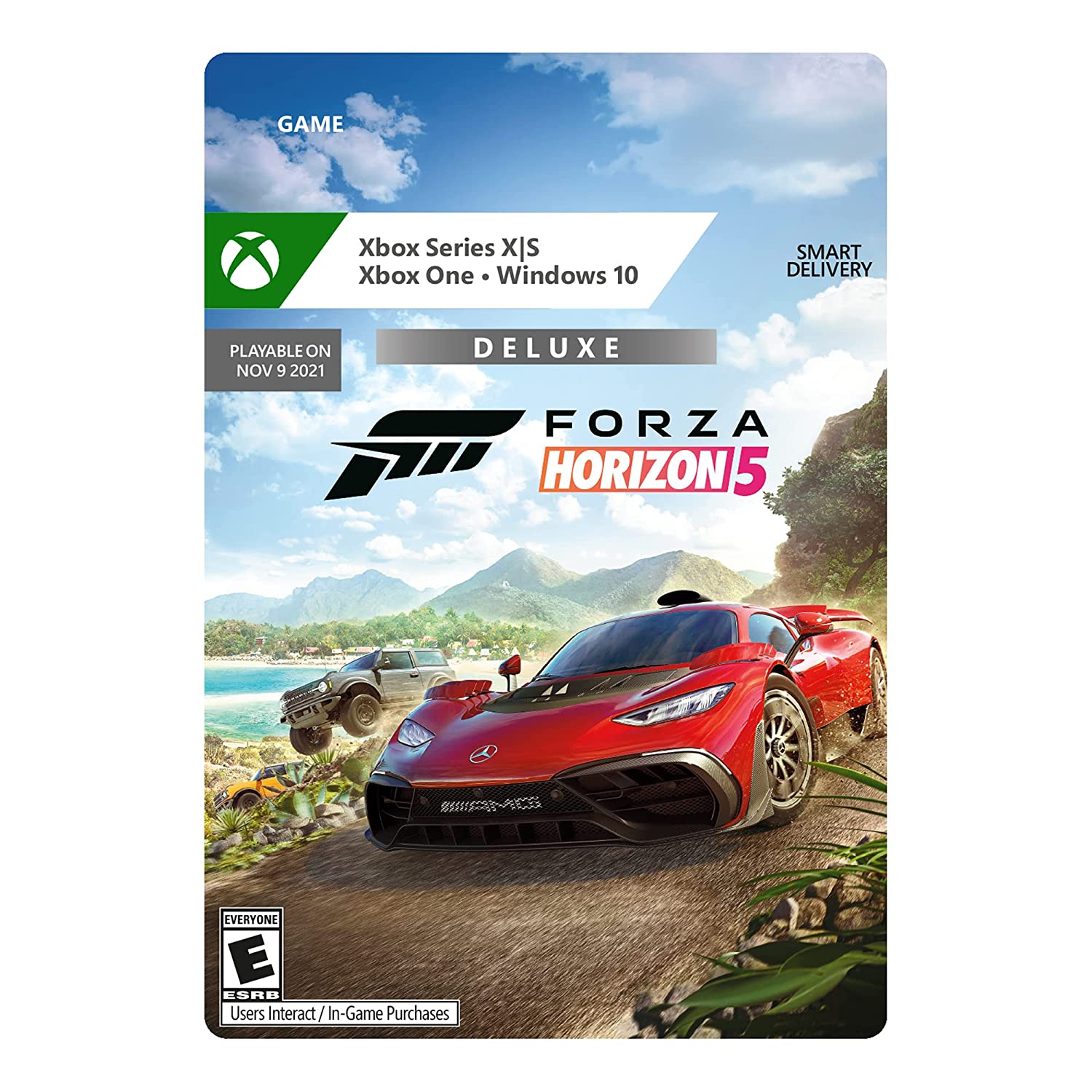 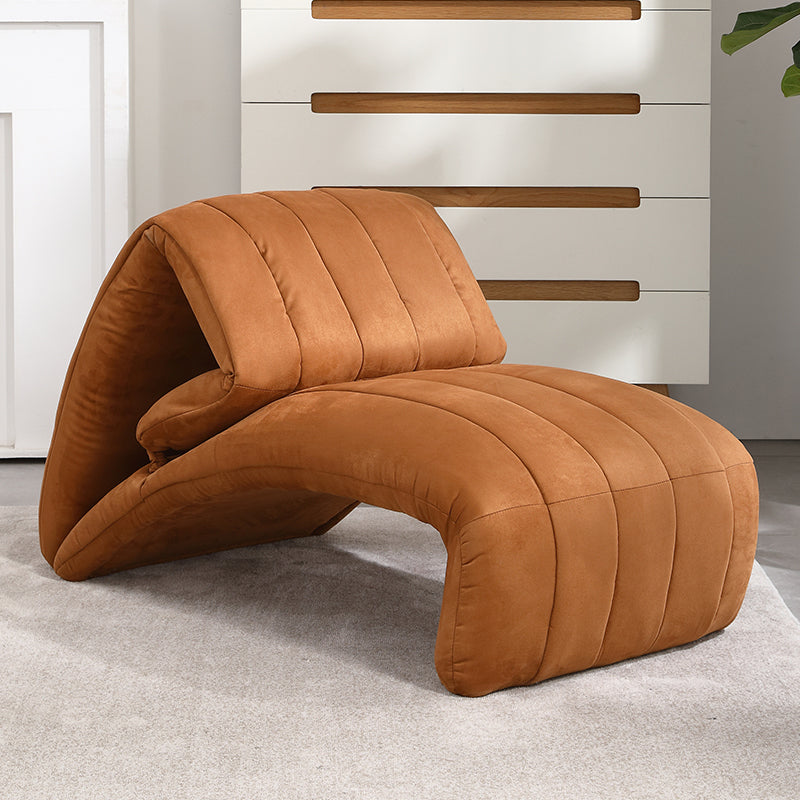 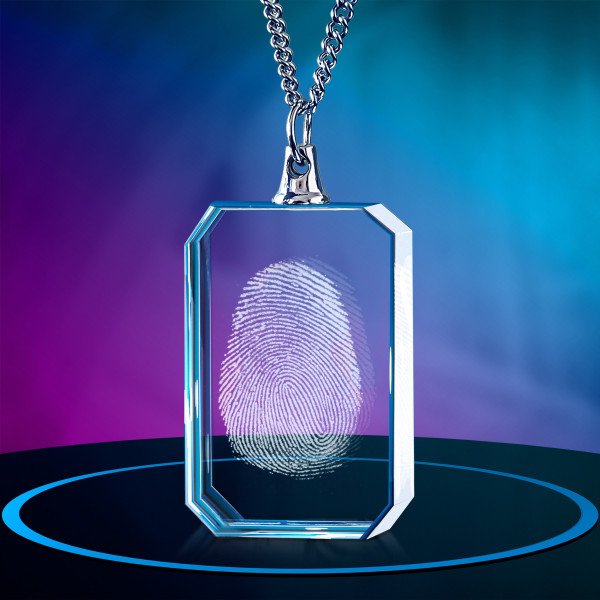 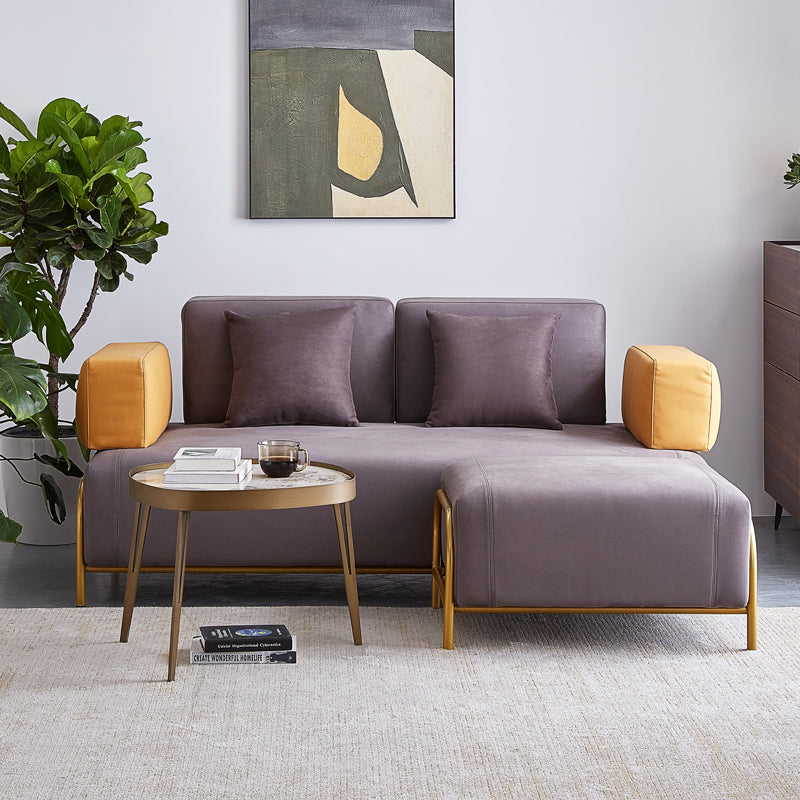 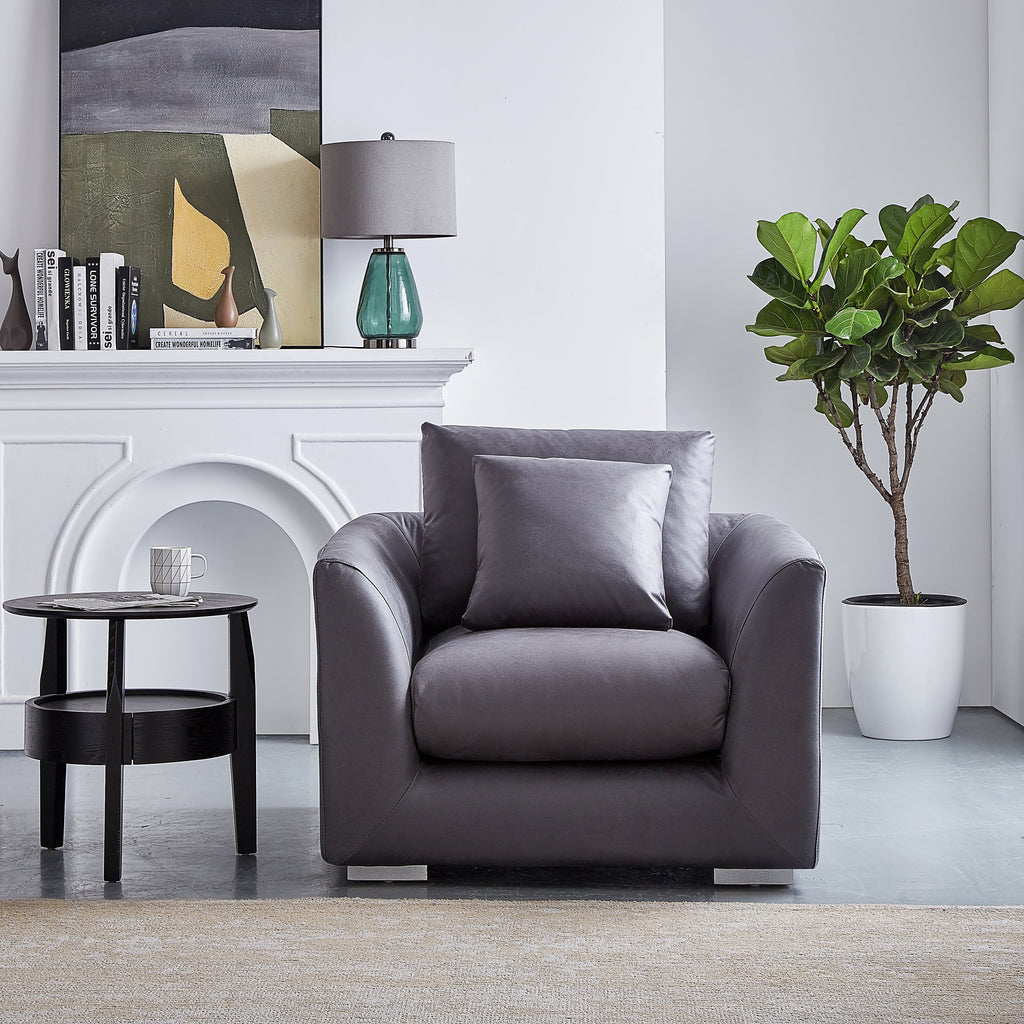 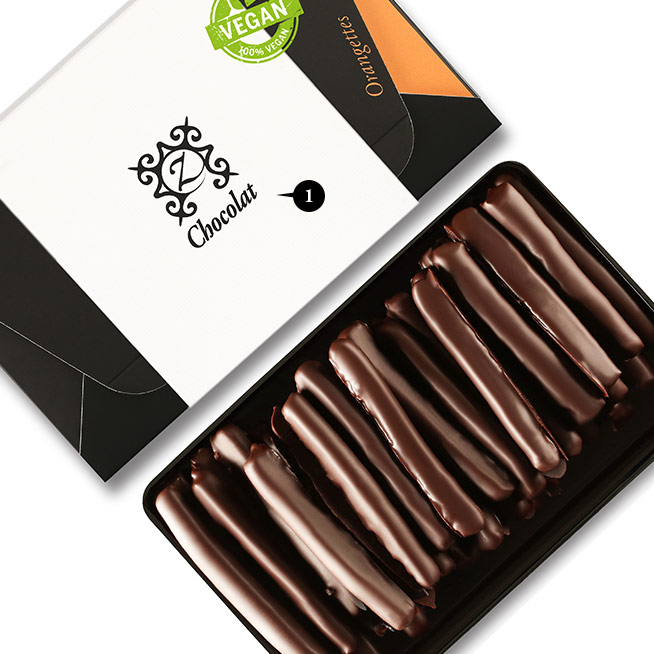